What the State Government has done calls into question whether this project, mired in controversy since its inception, can continue in the face of a potentially devastating legal challenge.

I want all the local Councils in my electorate, that oppose this multi-billion dollar project to launch a legal challenge based on the State Government’s own imposed conditions of approval.

We can have all the high profile public protests, civil disobedience and street marches we want, but the way to actually stop this project is in the Land & Environment Court.”

The conditions laid out in the project approval by the Minister for Planning, Rob Stokes, on 20 April 2016 contained one condition, B.43, which, in effect, casts doubt on the future of the project.

I don’t know why the Minister imposed this condition but he did, and by putting his signature on the approval, he brings the entire project into question.

Condition B.43 requires that the project, on balance, be designed to improve traffic by:
"not adversely impacting on:
a) the performance of the road network for all road users, including but not limited to vehicles, freight, public transport and active transport and
b) existing access arrangements and services for all road users, including consideration of speed and reliability of public transport services.”

Given the scope and impact on local streets and roads by WestConnex, this condition will not, and cannot, be met. As the condition states that WestConnex should not adversely impact on the existing road network and on all road users, then the Government is suggesting, by its own conditions of approval, that there will be no impact.
Posted by Ron Hoenig at 13:47 No comments:

A visit to Rabbi Dovid Slavin and Family 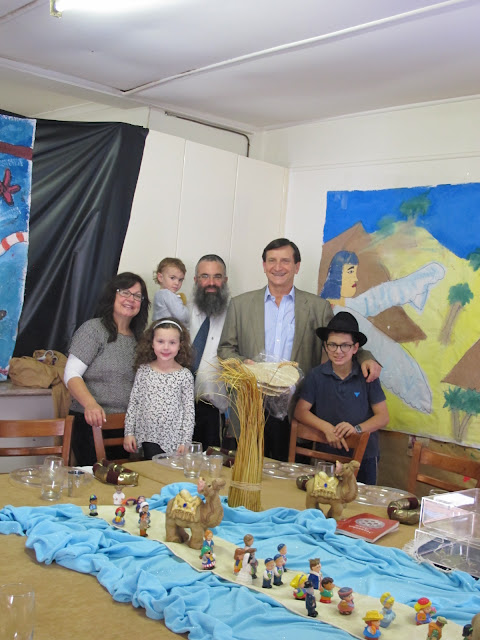 As Jews have been celebrating the 8 day festival of #‎Passover‬, I hope you had a wonderful Seder. The ‪#‎Seder‬ is a ritual performed by Jews who gather all generations of families and friends who retell of the story of the liberation of the Israelites from slavery in ancient Egypt.


Just before Passover I visited inspirational Rabbi Dovid Slavin, from Our Big Kitchen  and his family at his home to see the magnificence of the decorations of his Seder table which I am sure was decorated by his charming wife Laya and his family. Thank you Rabbi Slavin for the gift of Shmurah Matzah for my Seder table
Posted by Ron Hoenig at 13:41 No comments: 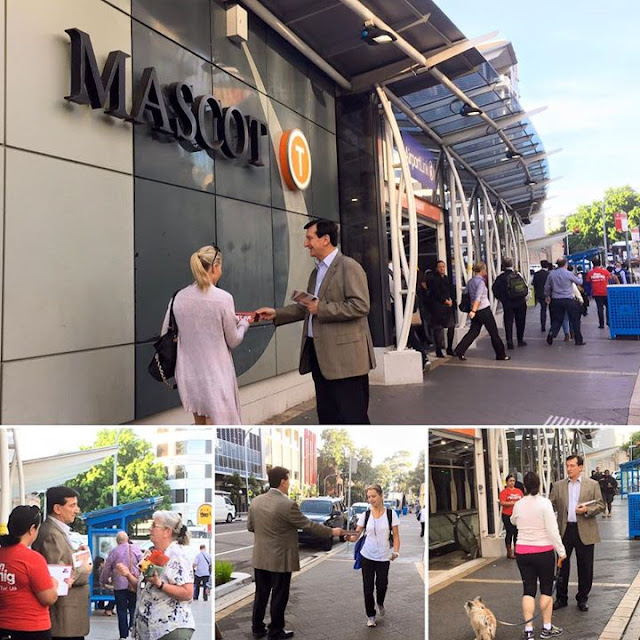 It was a lovely morning today at sunny Mascot Station with cheery locals stopping by to say hello.

I took the opportunity to remind evryone that this Sunday, 17 April, of the Mascot RSL Sub-branch will hold its ‪#‎ANZAC‬ Memorial March and Service. The march leaves Baxter Rd at 2:15 pm and finishes at Memorial Park, on the corner of Botany Road and Coward Street for the wreath laying service. I would delighted if residents could join me. It is quite a sight to see Botany Road closed to traffice for the march. If you can't make the march join me at Mascot Memorial Park.

Rosebery could soon have three bottleshops within 600 metres of each other, including a Dan Murphy's.

I have written to the Independent Liquor and Gaming Authority to voice my concerns regarding the proposed application to relocate a packaged liquor licence to Botany Road, Rosebery, trading as a Dan Murphy's liquor outlet. In my letter I warned the Authority of the adverse implications to local amenity of having three bottleshops so close to one another. Particularly the potential proliferation of alcohol related anti social behaviour on residential streets and the popular Turruwul Park.

You can read my submission on this link: http://tinyurl.com/LetterToILGA
Posted by Ron Hoenig at 15:07 No comments:

Heffron residents should have received my April 2016 Newsletter entitled Ron Hoenig Heffron Gazette. The Newsletter is available for download at http://tinyurl.com/Newsletter0416
Posted by Ron Hoenig at 18:23 No comments: